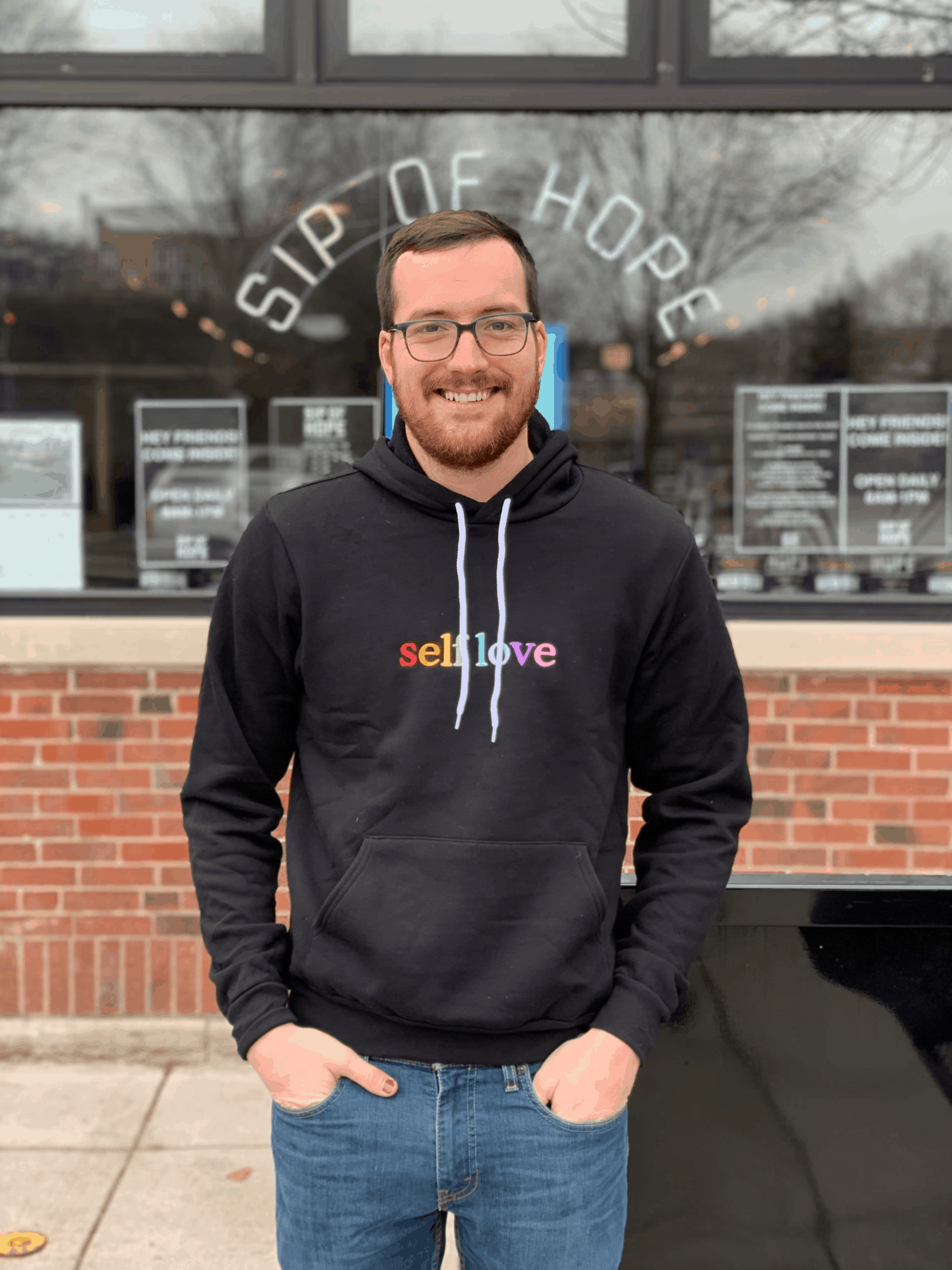 I’m about to do what I feel that I do best. I’m going to tell the story of my life and experiences living with a mood disorder. It’s an abbreviated version of the rollercoaster ride of the last 5 years of my life living with depression, being diagnosed with Bipolar Disorder I after spending a week in a psych ward, cycling back into depression…and eventually coming out the other end happier, healthier and grateful to be alive and share my story.

I’m so open about my experiences with mental illness because there remains a large stigma around mental illness – particularly when things get scary. As a man, I recognize that other men seem to have a more difficult time than me being open, honest, and most importantly vulnerable when it comes to this kind of a struggle. I firmly believe if I can help any person feel seen, less afraid or alone, then I’ve done what I think I’m on this earth to do, and I can be happy and hopeful.

Here is my story. I hope it brings you joy and pushes you to reach out and tell someone they are loved, they are enough, and that they matter.

I’ve always been an upbeat, high energy person. As a spazzy child, I’d come downstairs so animated, retelling the dream I just had and would continue to talk as I tried drinking my OJ simultaneously. Being talkative, passionate, and long-winded are traits that have continued from childhood into adulthood.

In the fall of 2016, as I entered my fourth year of college, I could tell something was wrong. Those obvious personality traits of being happy, energized, enthusiastic, and consuming music like it was oxygen weren’t there. I felt confused over these changes, and more so than feeling any great sadness, I felt flat. Numb. A dark, unwavering cloud hovering over the usual lightning storm of thoughts my brain seemed to be – I had depression.

This cloud continued to loom over me into March of 2017. Life felt meaningless and there seemed to be no chance of snapping out of the despair back to my normal self. I took a semester off to prioritize my mental health, but soon after I returned to finish school I realized not much had changed. I appeared okay on the surface but in reality, I wasn’t attending classes and was unraveling quickly, still amidst this episode of depression.

On a night in late March, two of my best friends sat me down and did a sort of, “We know you’re struggling, not going to school, and it’s ok – we want to help!”

To this day I can’t tell you why this conversation caused the chemical explosion in my brain that occurred. But all of the sudden, it felt as though I had an intense epiphany and realized that yes, it was ok! I got it! The best way I can analogize this 180 degree turn in my brain is that before that moment, in my depressed brain the lights were out. That light had flipped back on, but it had a bright, hospital-type fluorescent light intensity.

In a matter of a day, I went from no energy or thoughts of substance to an overflowing wave of thoughts, ideas, and confidence. The black cloud was gone, but in its place was a hurricane of energy, ideas, and grandiose thoughts that kept me awake past 5 a.m. If restlessness has a troubled cousin…it’s mania.

Unbeknownst to me, I was experiencing a major manic episode. My confidence turned into outrageous levels of irritability, fear, and combativeness toward the people I loved most who were deeply worried with what was happening.

My family, concerned for my well being, picked me up from Columbia, Missouri and brought me home to Chicago. I was about to be admitted into an adult psychiatric hospital for a five day stay.

I was diagnosed with Bipolar I Disorder.

I was in a hospital, I had no idea how I was going to survive this, and I was scared. But I was ready to accept the help that I needed.