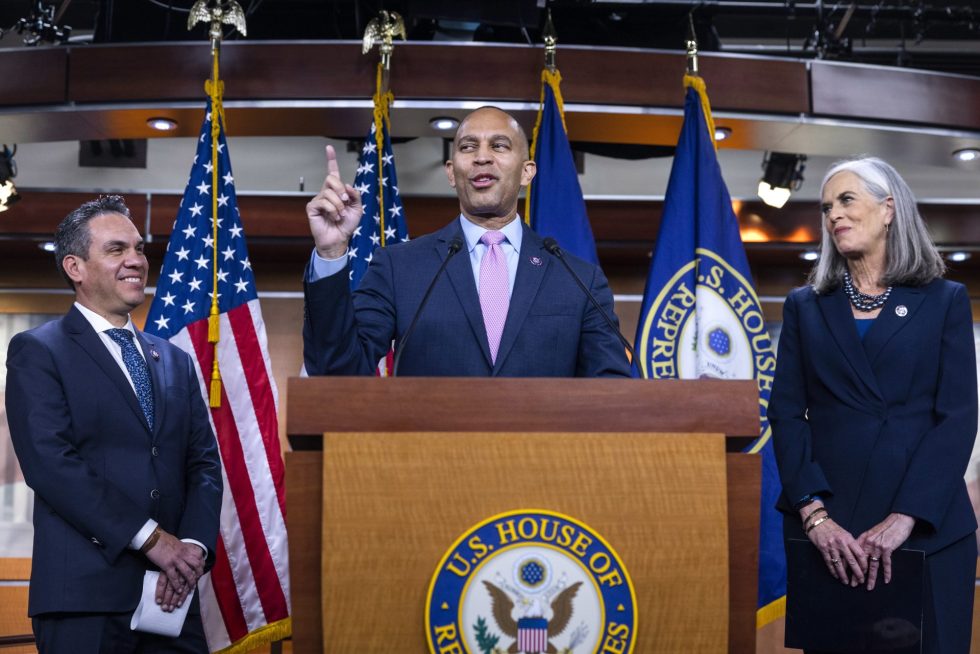 I subscribe to the good good good newspaper. According to their website, Good Good Good is the media company that helps you feel more hopeful and do more good. I am all in on feeling more hopeful and having more good, good, good in my day. In one of the recent editions of their daily newsletter I read the following headline, “For the first time in US history, the top House leaders of one party will include no white men.” Not an unusual headline for good good good who highlights and celebrates stories of social justice and human equality. I too celebrate these stories of cultural evolution. I advocate for peace and love every day and can appreciate the gravity of the moment. But when I read that headline, I didn’t feel good, good, good. I felt some frustration, sadness, and anger. Curious I talked with a handful of folks (men and women) about this headline and shared  my reaction. I would say all of them responded in a way that was consistent with either their sex or their politics. Each was either disappointed by why I would question this development or animated by “one more attack on men.” Here’s the thing…I am not feeling emotional about something that could be seen as white men “losing their spots.” I am emotional because I felt this headline was celebrating the displacement of white men and it’s the celebration I have a problem with.

There are roughly 100 million white males in the US. That is 30% of the population give or take a few million. Approximately 20 million white males are under the age of 15. How would these young people process the sentiment behind this headline? How would explain it to your son? How will they grow into a world that celebrates their exclusion? One may say it’s just one headline, but is it? I do not argue that we have lived under a societal structure of male dominance. How and why, that happened is not for this piece. It did happen, and while changing, still is largely the case. So, many developments like the one above do seem to be accompanied with a lot of glee. Again, I can appreciate why that may be the emotion for many. But,  I wonder how we (all of us) can advocate for evolution, growth, fairness and not celebrate the “downfall” of another. How can the adults come together and not let events go so far the other way that we alienate the boys?

Did you know that 15% of men say they have no close friends, up from 3% in 1990? That men overall have a suicide rate between three and four times as high as women? That men account for almost 70% of the opioid overdose deaths in the U.S? Should we be curious about these stats? Are there folks “celebrating” these developments as well?? I hope not. To be clear, I introduce this data not to compare plights, but to show that maybe the pendulum is going to far in the other direction.

If you are not a white man, you might be reading this (hopefully you haven’t stopped) and are thinking this is bullshit. You have no idea what I go through as a not having been “born on third base” like you. You are right. I have no idea, but I am curious and am interested in continuing to learn and understand.

Men are half of the US population. For many reasons, millions are checking out. Given the numbers, I just cannot see how we (all of us) can make progress for a safe, welcoming, accountable, equitable, united society without everyone in the game. At MenLiving, we are creating spaces for healthy connection in hopes that men will leave these spaces intentional about participating in the development of a more harmonious world. We can only do that if we are included.