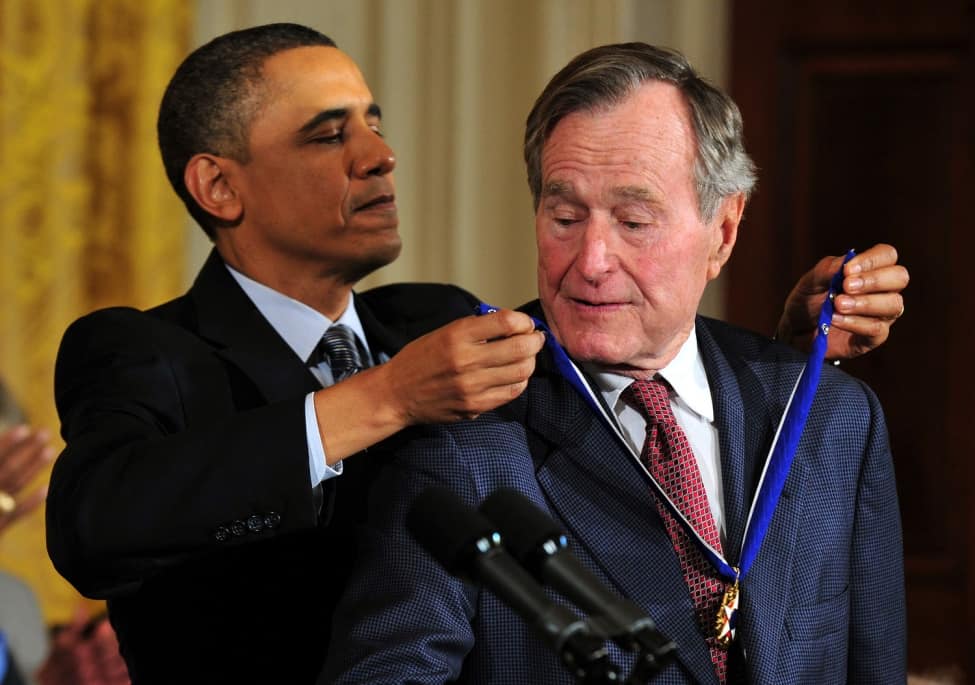 The Qualities of a Gentleman

On February 15th, President Obama honored 15 individuals at the annual Presidential Medal of Freedom ceremony. The Medal of Freedom is the highest civilian award in the U.S. It recognizes those individuals who have made “an especially meritorious contribution to the security or national interests of the United States, world peace, cultural or other significant public or private endeavors.” The 2011 recipients are:

During the 45-minute ceremony, the President shared a moving vignette for each of the honorees. The stories were inspiring. Particularly poignant was the President’s praise for President Bush and the assembly’s rousing applause when Mr. Bush received his medal.

In his abbreviated review of Mr. Bush’s striking resume, President Obama made this punctuating point, “For those of you who know him, this is a gentleman.”  He gave this designation as much or more resonance as when he called Bush a diplomat and hero. One could do worse in an evaluation of their life than to be called a gentleman.

The Qualities of a Gentleman

He acts kindly from the impulse of his kind heart.

He is brave, because, with a conscience void of offence, he has nothing to fear.

He is never embarrassed, for he respects himself and is profoundly conscious of right intentions.

He keeps his honor unstained, and to retain the good opinion of others he neglects no civility.

He respects even the prejudices of men whom he believes are honest.

He opposes without bitterness and yields without admitting defeat.

He is never arrogant, never weak.

He bears himself with dignity, but never haughtily.

Too wise to despise trifles, he is too noble to be mastered by them.

To superiors he is respectful without servility; to equals courteous; to inferiors’ kind.

He carries himself with grace in all places, is easy but never familiar, genteel without affection.

He unites gentleness of manner with firmness of mind.

He commands with mild authority, and asks favors with grace and assurance.