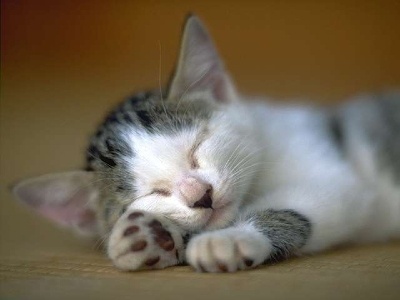 By Guest AuthorSeptember 27, 2022No Comments

About fifteen years after I stopped drinking, I had a pituitary tumour which meant I could no longer work on the drill floor of an oilrig. I wondered what to do next. My mother died and left me $2000, and I decided to buy some shade houses and see if I could support myself growing plants.

During the fifteen years, I was lost, confused, and very isolated.

I found a rural block with an old farmhouse, rented it, and set up my shade houses. Six months later I started producing plants for sale at the local weekend markets. The quality of my produce was superb. I was amazed and so grateful. I thought,” I have finally found my niche, and life is going to be ok from here in.”

Unfortunately, six months later, the freeway was extended and came straight through the block. I had to find somewhere else for my plants.

The next block was some five miles away. It took me three months to move everything on the back of my pickup. I looked at the plants and I could see something was wrong. Nothing grew. I had a fight with the potting mix manufacturer…🙂 but it wasn’t his fault at all.

I finally had the water tested. I had very high salinity levels, a common problem in parts of Australia.

I will now keep a fifteen-year story short. During the next fifteen years I moved six times.  I found good water twice but had to move because the land was required for something else.

During this period, I was really battling. I had part time work and barely managed to keep my head above water. I had also started therapy to deal with my depression/anxiety. I was angry at how success eluded me because I had proved I could grow top quality plants and the harder it got the more I was determined never to quit till I succeeded. I had also taken to pointing my middle finger up at the sky, saying,” Fuck you, you will never make me quit”. 🙂

Towards the latter part of this period, I had started hanging round the local Buddhist Monastery and the head monk had taught me a meditation called Metta, or loving kindness.

He instructed me to bring to mind someone I loved/respected, and to generate deep feelings of love and warmth to this person, and then transfer them to myself. Or, he said knowingly if you do not have someone like that… a pet.  I had a cat I adored called Lick Lick and she was an easy target. I had trouble though transferring the feelings to myself. I still had really bad self-esteem.

Finally, I had been on a property for six months, the water was good, and I had high hopes. The block was on 300 hectares and quite remote, which I liked.

I came back from my part-time job one day and the police and fire services prevented me from getting close.

The landlord’s son had lit the grass, which was very dry and about waist height, and it had gone down the whole block like a freight train.

I was eventually allowed on to the block. The fire had taken all my shade houses and all the plants, there was one room still standing in the old farmhouse where I lived. I could not find my cat anywhere. I adored my cat, and I felt she was the only “person” who loved me.

I sat down in the one room. I reviewed my situation with very little emotion.

My cat had died in the fire, my shade houses were gone, my vehicle was on its last legs, I had $30 cash, I had nowhere to go.

With a very clear, cold mind, I decided that after close to sixteen years of constant setbacks, I had done my dash. There was no self-pity present.

I washed myself in the well. I then put a noose around one of the exposed beams and I got a forty-gallon drum and put it underneath the noose. I told myself that this was just a game, and I would see what happened later. (Really???)

It was going to be dark soon, so I spent some more time looking for my cat. No cat!

I decided to sit and meditate.

I brought up the warm feelings towards my cat, and a lot of sadness………and for the first time I was suddenly swimming in compassion for myself. I sat there for forty minutes or so.

I heard a meow. I turned on my torch and there was Lick Lick, with singed whiskers, emerging from under the floorboards. 🙂

I got up and took the noose down and kicked the drum over. I knew things would be different from then on. They have.

I had never before or ever since had suicidal thoughts. When they arrived that day, I was terrified and felt powerless.

Two days later a local farmer came round and offered me free accommodation in exchange for looking after his horses.

From that day forward, I realized and used the power of loving/kindness to heal my life. The first thing I did was use it to heal my depression.  Later, I realized that unless I changed my self-esteem, there was a very good chance the depression would return.

I have been successful in that too………perhaps too successful…. I have been known to glimpse myself in a mirror and say…. dude I love you and you are fucking awesome.
So much kinder than telling myself I am a useless prick. 🙂

One of the benefits of the work has been finding MenLiving where I am left in no doubt……there are others who love me as well. Yeeha!