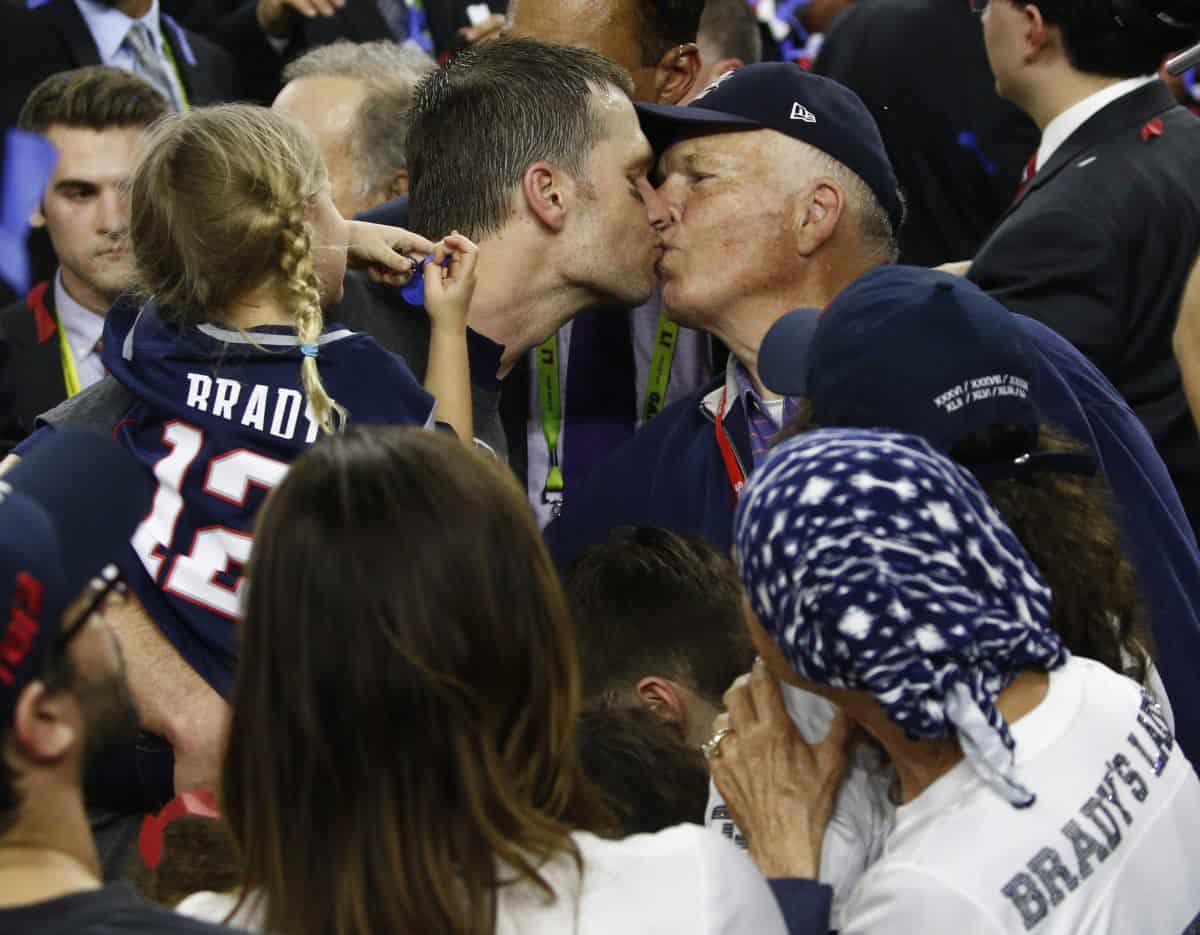 The GOAT and The Kiss

I grew up outside of Boston, but I have now been in the Midwest for almost 20 years longer than I was in New England. And despite my move, I have maintained my allegiance to Boston’s sports franchises. A loyalty that hasn’t been hard at all with the crazy winning. The last 20 years have been ridiculous: 1 Celtics championship, 1 for the Bruins, 4 for the Red Sox and 6 Super Bowl wins for the Patriots.

The Pats, led by Tom Brady, the Greatest of All Time (GOAT), have dominated the NFL over this time. I could list the numbers but that might be a little over the top, right? From the 199th pick in the 2000 draft, Brady has orchestrated success like no other QB before. His football heroics are only part of the story. He would seem to have it all: good looks, wealth, super model wife. A man’s man.

But in our society, achievement and fame can lead to scrutiny and detractors (you might be one!). Deflategate? Trump? Avocado ice cream? These are just a few of the slights used in an attempt to impinge his character.

Oh, yeah, “they” also like to bring up that he kisses his dad… and his son…on the lips.

In 2018, on an episode of his weekly Facebook show Tom vs. Time, folks lost their mind over The Kiss. In the video, while Tom Brady is receiving a massage at his home, his eleven-year-old son, John, comes in to ask if he can check his fantasy team. He kisses his father and Tom says ‘that was just a peck.’ John returns and kisses his father on the mouth for a few seconds, before wiping his mouth and turning the conversation back to football. You can watch it below.

How does that feel to you? When my kids (2 girls and a boy) saw it, they were creeped out. They couldn’t imagine kissing me on the lips (hmmmm…). And I must admit, while it doesn’t come across to me in any way sexual, it does feel unnatural. And as soon as I write that I think why would that display of affection be “unnatural” and not beautiful?

I give Tom the benefit of the doubt (but of course I would, right?) and the kiss is an act of love for his child. He kisses his daughters on the lips during the show and there is no uproar, no freaking out. Why is a “long” kiss different than a long hug?

In the end, I chock the shock up to the fact that the kiss isn’t consistent with the masculine script we all learn to follow. A script that inhibits men emotionally and in so many other ways. Not the GOAT.

Would love to hear what you think.