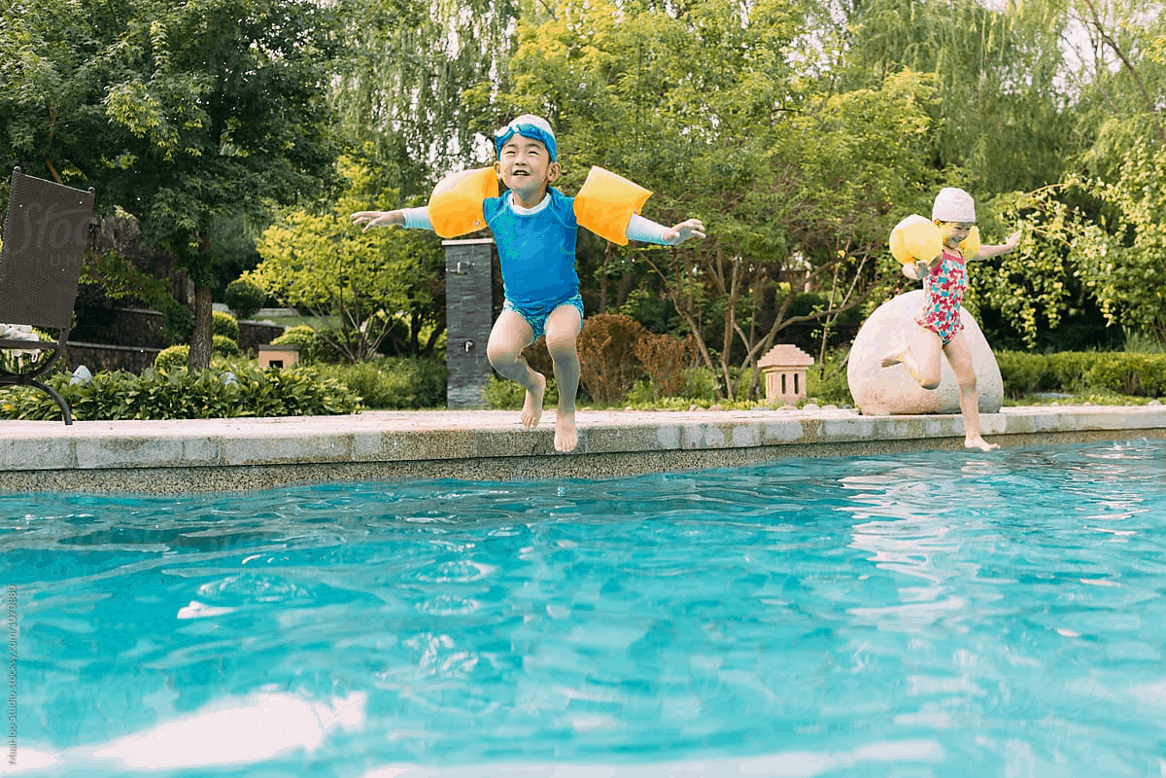 The Trials of a Rule Follower

I continue to learn things about myself.  At 47 yrs old, I’m sometimes surprised to find there’s more here to discover.

This summer my family and I went to visit my parent home in Michigan.  It just so happened that they were away for the weekend themselves and so we had the place to ourselves.  We were hoping to get one last weekend of swimming in at their condo’s pool before it was closed for the year.   The weather looked great and the kids were super pumped to swim at Gramma and Papa’s pool.

My parent’s haven’t been in this condo association for very long and discovered right before our trip that ALL SWIMMERS MUST BE ACCOMPANIED BY A CONDO RESIDENT.  My mother decided to contact the condo association board president to ask if an exception could be made.  (She was following the “ask permission” model as opposed to “beg forgiveness”).  Well, her request was shot down, because you know, “rules are rules”.  She called me rather disappointed and wanted to let me know the situation.

While I empathized with her because mainly she was bummed her grandkids weren’t going to get to do the thing they most were looking forward to, I also questioned her as to why she asked for clearance rather than just allow us to bend the rules.  That wasn’t much help.

Well, we ended up swimming that weekend in the pool we were forbidden to and by the second day I was actually able to relax a bit around the other retired pool goers who were also at the pool.  Here was my recent discovery.  I am a HUGE rule follower!  I’ve actually known this for some time but it became massively apparent to me this weekend.  I mean, the thoughts and feelings that were bubbling up as we walked into the pool area on that first day without BEING ACCOMPANIED BY A CONDO RESIDENT was shocking.  I found myself avoiding eye contact let alone conversation with the other people at the pool.  We were breaking the rules!  What if someone found out?  Would we be asked to leave?  Kicked out?!  Might there be some consequences bestowed upon my parents?  Honestly, it’s a bit embarrassing to even write these words.  I mean, this is about swimming in my parent’s condo pool with my wife and two young kids!  It boggled my mind as to the concern, even worry, I allowed this situation to have over me.

I realized it’s because this belief I have that runs incredibly strong inside of me – rules ARE rules and they are to be followed!!!  What would happen if everyone just decided they didn’t need to follow the rules?!?  It would be chaos!  2 and 5 year olds would be swimming in retired peoples’ community pools for pete’s sake!!!

I decided after that weekend that I needed to get out more.  Actually, just get out and break some rules, goddammit!

A couple months later was my chance.  My wife and I were celebrating our wedding anniversary and I decided to surprise her with a romantic evening back at the place where we were married – a forest preserve north of Chicago.  Our plans on our wedding day were dashed when the perfect fall day in October turned out to produce snow flurries, rain and cold.  So, this year, I packed up a bunch of wood for the fire we’d finally have in the outdoor fireplace we were supposed to have on our special day 6 yrs prior.  I ordered some good takeout, brought a bottle of wine, chairs, a little table…I had it all.

But, I had no idea if the fireplace would be available or if I was even able to use it.  I mean, there had to be rules for such things right?  You probably needed some type of permit or permission of some sort, at the least.  Perfect.  Here was my chance to have fun, surprise my wife AND break some rules.

When we got there not only did it start raining profusely but there was a wedding going on in the building the fireplace was attached to!  I would not be deterred.  I unloaded my wheelbarrow, the wood, the food, cooler, chairs, blankets and my bride and we sauntered over to the fireplace to set up shop.  It was apparent that the wedding was over and most everyone had gone (aside from the bride (in the white dress) and a few other family members.  Her brother came out and greeted us.  We told him we’d been married here 6 yrs ago.  He told us how it was somewhat sad his sister was growing up and leaving her family to begin her own.

A bit later, someone from the Park District came to lock up the building.  Uh oh.  Here comes the authorities.  We’re going to be asked to leave.  Shit.  And, the fire was just starting to get good!

Nope.  By this time, it was dark.  As he was putting things away, he came outside to where we were and actually jumped, surprised to come upon us.  He simply asked if we needed to go inside to use the bathroom before he locked the place up.

Damn, that was a whole lot easier than I thought.

I built a raging fire, we had sushi, we got wet and I broke some rules – it was AMAZING.