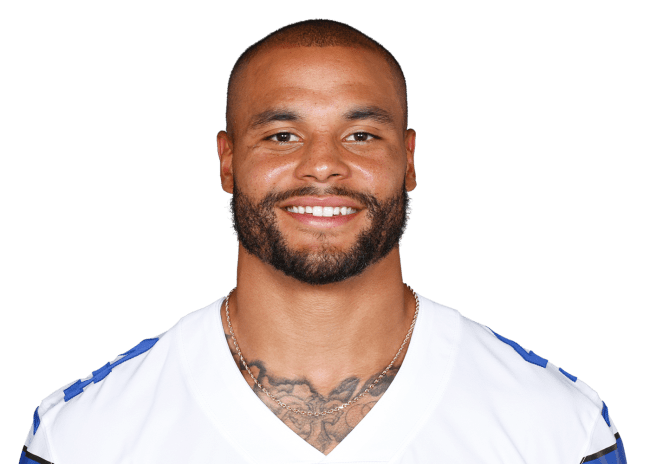 In recent days, we have witnessed a high profile microcosm of the struggle in which our men’s group and we have been engaged for nearly a decade. The arena was no less than the National Football League, the most popular sports league in the United States. The fray was between a 27-year-old quarterback and a 68-year-old sports journalist. The outcome, if we as a global community are lucky, will be an increasingly progressive concept of masculinity.

First, a bit about our men’s group. Since 2012, we have brought men together to redefine masculinity founded in connection, vulnerability, growth, authenticity, justice, and play. For us, living our best lives requires work and thoughtfulness and acceptance of our imperfect nature. The men in this group accept and embrace the idea that, with work and support, we can become better husbands, brothers, fathers, friends, citizens, and leaders.

That much should shed light on why we care about this incident, which went down like this. Dak Prescott is the professional football player in this story. The Dallas Cowboys quarterback revealed recently that he was dealing with depression during the onset of the coronavirus pandemic and sought help after the death of his brother, Jace, who committed suicide in April. Skip Bayless is the sports journalist who subsequently weighed in, “I don’t have sympathy for him going public with ‘I got depressed, I suffered depression early in COVID to the point that I couldn’t even go work out.’ Look, he’s the quarterback of America’s team. You know and I know the sport that you play, it is dog eat dog. It is no compassion.”

We were inspired by the vulnerability that Dak, and his brother Tad, showed in their interview with Graham Bensinger. The way that Dak opened up publicly is not typical of professional athletes, and we saw tremendous courage and leadership in the two brothers’ willingness to share their experiences and emotions. We were disheartened by the very different opinion that Mr. Bayless shared: that revealing weakness makes it difficult for others to believe in you, and that quarterbacks and CEOs lose their ability to lead when others become aware of their imperfections.

It is entirely possible that Mr. Bayless consciously decided to be controversial and sensationalistic in order to boost his show’s ratings and his own personal brand. It is also possible that he has never been blessed with a group like ours that can create the space and safety for men to escape the antiquated societal false equivalence of strength and invulnerability. In any case, we believe that Mr. Bayless was expressing the beliefs that he and many of us have been taught.

Mr. Bayless went on to say this about depression: “You just fight. You gotta fight back. You can’t give in to the depression. You just try to rise above it.” Unfortunately, this too is a lesson that Mr. Bayless and tens of millions of boys have been taught: do not ask for help. It is an outdated idea, never founded on evidence, that men can and should “brute force” their way through any and all challenges. In its most grotesque form, this message is to “man up.”

We are working among ourselves and to reach other men on acknowledging our imperfectness and on getting better. And if there is one requirement for continuous improvement, it is a willingness to be helped. At our last retreat in January, each man received a copy of a book we love titled The Boy, the Mole, the Fox and the Horse by Charlie Mackesy. At one point in the book, the boy asks the horse, “What is the bravest thing you’ve ever said?” The horse replies, “Help. Asking for help isn’t giving up, it’s refusing to give up.” These are simple and incredibly powerful words of wisdom that we want all men to hear.

This incident between two men born just over four decades apart highlights the tension between the old-school idea that men should not show emotion, let alone vulnerability, and the new-school belief that vulnerability is strength. We encourage all men to take the lead of Dak and Tad Prescott and the growing number of men who are acknowledging their need for help and then asking for it. These men are bravely questioning legacy ideas that society has impressed upon us. These men are leading.

For Skip Bayless: If you are reading this and inferring that we don’t think you are a real man, take heart. We don’t think that at all. Our group is full of imperfect men who have gotten comfortable with the notion that we will continue to make mistakes. And we come together to help and be helped.

By Mike Rosen and Chris Lozier